Clips from my work.

Where else but in New Jersey can an announcement that almost 5,000 dead people voted in last November's election be seen as a failure by both parties to turn out the vote? (After all, an even larger number of dead people were found to be registered.) Yet despite a reputation for smelly politics and smelly highway exits, New Jersey is a state to watch this year. Its gubernatorial election has the potential to trigger an important shift on the way to the 2008 presidential race.

The Road from Arkansas Is Well Traveled

Arkansas's Governor Mike Huckabee says he hasn't decided if he'll run for president, but he's following a trail blazed by a former Arkansas governor who did.

Mr. Huckabee last month kicked off his "Healthy America" initiative at Washington's National Press Club. He'll road-trip to Iowa and South Carolina to promote it. Iowans should recognize him -- he appeared at the "GOP Fest" event and on public television there a few weeks ago. He also toured New Hampshire in August to promote his book on battling obesity.

Thirty years, 114 missions, 150 billion dollars. It's not priceless, it's the Space Shuttle program, and according to NASA administrator Michael Griffin the whole effort was a costly mistake. "We are now trying to change the path while doing as little damage as we can," he told USA Today in interview published yesterday.

That path leads astronauts back to the moon, and eventually to Mars. Doing little damage means leveraging existing technology and flying without extra bucks from Congress. The agency says it will rely on its current budget plans.

Louis Farrakhan became the latest civil-rights demagogue to accuse government officials in charge of Katrina relief of saving whites at the expense of blacks. In a speech last weekend in Charlotte, NC, to promote his "Millions More March," Mr. Farrakhan said one of the New Orleans levees was intentionally "blown up" to divert flood waters from white to black neighborhoods. "I heard from a very reliable source who saw a 25 foot deep crater under the levee breach," he said.

Want to Buy a Bridge? No, Really.

States looking to close pesky budget gaps are finding an untapped mother lode beneath their feet -- er, wheels. Last year Chicago leased its eight-mile Skyway for $1.8 billion to a private consortium for 99 years. Now, governors on both coasts are salivating at the prospect of turning their asphalt and rest stops into cash.

Environmentalists Find Rare Bird on a Limb, Saw it Off

Biologists are on a mission: They're in Arkansas to kill some trees. The reason? To save a bird they thought was extinct. And unfortunately for the bird, regulators are close behind with their own brand of help.

You'll remember that recently the ivory-billed woodpecker was rediscovered after being "extinct" in the minds of ecologists for a half century. Scientists, juiced by the sighting, want to help the bird by killing trees because dead bark attracts a certain kind of beetle the bird loves to eat. By the way, they're using herbicides to kill the trees.

Green Is Not the Color of Teflon

Al Franken steals money from needy New York City kids. OK, that's not the story exactly, but hold off calling us a lying big, fat idiot liar, or whatever, because there are financial shenanigans afoot at Mr. Franken's employer, the Air America radio network.

Where is a pay raise not a salary increase? In Pennsylvania, where last month the State Legislature voted to give itself more money. This week the checks started rolling in, and voters are fuming that lawmakers and Governor Ed Rendell did an end-run around the state constitution.

The Charge: Abuse of Presidential Portrait

A Long Island elementary school teacher says she was sacked for hanging a picture in her classroom. No, not a dirty picture or even a classical nudie painting. She posted a picture of President George W. Bush along with several other presidents. Apparently, these guys are "political" and that's a no-no for eight-year olds. 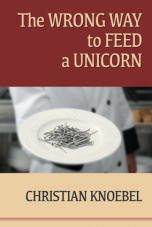