I didn't avoid the Flats as a kid. In fact my family came from there. Its "wrong side of the tracks" feel inspired me to put it in The Wrong Way to Feed a Unicorn. 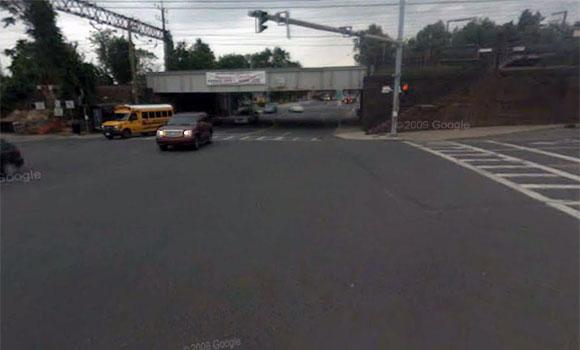 Excerpt from my book, The Wrong Way to Feed a Unicorn:

Christina was right about avoiding the Flats. It’s a lawless place where people get killed and dismembered and distributed on to tops of different buildings. The place is like Lord of the Flies, Planet of the Apes and Silence of the Lambs rolled into one. I didn’t go there and didn’t know anyone who did. I told Lexi to stay away from it. “What happens if we run into, you know, criminals?” I said.

I didn't avoid the Flats as a kid. In fact my family came from there.

I based The Flats in The Wrong Way to Feed a Unicorn on Mamaroneck, N.Y's., Washingtonville neighborhood. We called it the Flats because it was, well, flat. To be precise it's at a lower elevation than the surrounding geography. The Mamaroneck River (a fat stream, really) flows through the Flats to Mamaroneck Harbor. The Mamaroneck River likes to flood, making the Flats very wet. Deeply wet. Tragically wet. I recall as a child often looking at flood waters trying to make it past the Metro North railroad bridge over Mamaroneck Ave. The Flats flooded, that's what it did.

The Flats was and is a neighborhood of immigrants. My Italian grandparents lived on Mamaroneck Ave. and Van Ranst Pl. as children. My great grandfather built one of the buildings around the square at Old White Plains Rd. and operated a butcher store in the storefront below. (I'll find out which building it is next time I'm there.) There's no me without the Flats.

The Flats also borders Mamaroneck's light industrial zone. Some mornings through the year the Herb-Ox bullion factory there, which has since been demolished, belched chicken fog across town. Those were yummy mornings. A beer distributor at the northern end of the Flats kicked me out of his store very kindly when I tried to buy beer there as a teen.

I love the Flats and its "wrong side of the tracks" feel inspired me to model the extraordinary world of "The Flats" in The Wrong Way to Feed a Unicorn.

Was there a "Flats" in your childhood? Share your story below or tell me about it.