It's Five O'Clock Somewhere Else 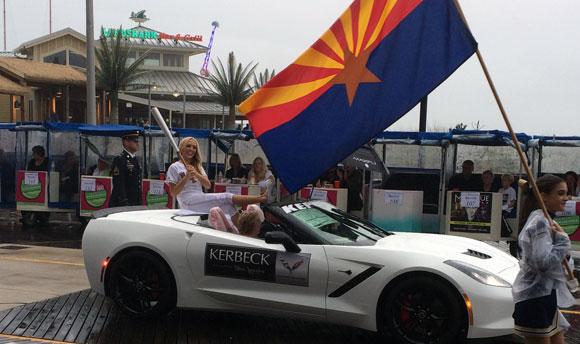 Atlantic City continues to crap out. From NJBIZ:

ATLANTIC CITY -- Last one out at Trump Plaza, turn off the lights. Actually, by the looks of things, the lights seems to be taking care of that themselves.

The casino's end officially arrived Tuesday at 6 a.m. as signs on the front door announced that the casino was closed.

Opened in 1984, the prime real estate is not only located at the center of the Boardwalk, but at the end of the Atlantic City Expressway, as well. The casino has been in decline for years, performing worse than any of the city's other casinos, according to the Associated Press ...

The Trump Taj Mahal issued layoff notices on Sept. 13 to its 3,101 employees ahead of a possible closing date of Nov. 13.

The two Trump entities will join the Showboat, Revel and the Atlantic Club, bringing the total number of closed casinos to five as of November.

I was in Atlantic City for the Show Us Your Shoes Parade (a marquee event for the annual Miss America Pageant). The weather was miserable; it rained all day, destroying the interiors of a couple of dozen or so new convertible Corvettes, a Bentley and other classic cars as they drove the boardwalk with tops down so that contestants riding in them could show their shoes. In spite of the day, the boardwalk was far from a ghost town.

After the parade, the story changed. I ate dinner at Jimmy Buffett's Margaritaville in the Resorts Hotel Casino. Surprise no. 1: The food was unexpectedly good. Surprise no. 2: There were plenty of open seats in the dining room and at the bar.

After a $20 million ad campaign to promote the city as a getaway destination, at 8:00 p.m. on a Saturday during Miss America weekend, a well known chain restaurant in a casino and overlooking the boardwalk has plenty of room. I can't help but wonder, what would Jimmy Buffett do?

Reviewing the Reviewers 7: Worst. Christmas. Sweater. Ever.
1 year 1 month ago
Save the Planet, Shoot the People. Wait, What Was That?
1 year 2 months ago
Today's Bangkok Weather Report: 93 Degrees and Bloody
1 year 11 months ago
The Spirituality of Pink Floyd's Dark Side of the Moon
2 years 3 weeks ago
Reviewing the Reviewers 6: More If You Don't Know the Answer, Don't Answer
2 years 3 weeks ago