My Resume of Failure

I present to you my anti-resume, a list not of career successes but of failure. 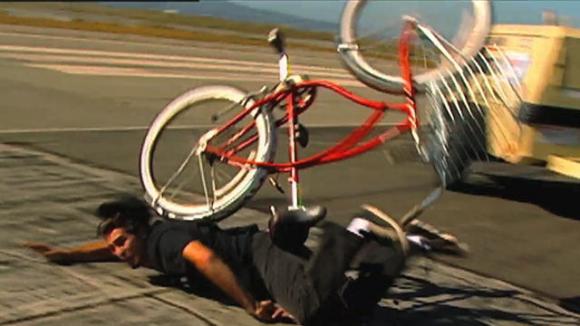 Regular resumes are half-stories about heroes without their corresponding villains. They present our good side, a career snapshot that’s all about accomplishment. But for most of us (me anyway) foundering and fiasco -- sometimes of the monumental variety -- are interwoven with the wins. And a career without at least one layoff, lost sale, imploding project, or rejection isn’t one that took risk or reached for something better. Or grew.

My Resume of Failure was inspired by Princeton colleague Johannes Haushofer, an Assistant Professor of Psychology and Public Affairs, who writes on his “CV of Failure:”

Most of what I try fails, but these failures are often invisible, while the successes are visible. I have noticed that this sometimes gives others the impression that most things work out for me. As a result, they are more likely to attribute their own failures to themselves.

Our failures, Johannes’s writes, happen when “referees have bad days.” I’ll add that failure also comes when we fumble on the one yard line. (Credit note: Johannes took inspiration from Melanie Stefan’s article in Nature called “A CV of Failures,” which is also worth a read.)

In any event, the “F” word is more than personal, it’s a topic in my house. My teenage kids are looking with laser-like gaze on college. They tell me there’s no room for failure if they want to get into the college of their choice.

Unfortunately, no room for failure has consequences. Take a 2015 report on nearby West Windsor-Plainsboro Regional School District from New York Times reporter Kyle Spencer, who wrote:

In the previous school year, 120 middle and high school students were recommended for mental health assessments; 40 were hospitalized. And on a survey administered by the district, students wrote things like, “I hate going to school,” and “Coming out of 12 years in this district, I have learned one thing: that a grade, a percentage or even a point is to be valued over anything else.”

This focus on perfection doesn’t end with high school graduation, and the demands of college can make even little setbacks look like disaster. Consider U. of Penn which recently saw six suicides over 13 months. Self harm is the end of a path that passes first through anxiety and depression.

For my kids and many of their friends, life reflects massive effort with an unhealthy reaction to even the slightest deviation from perfect. The story they’re not getting from parents and teachers (including me on occasion) is that like on Mythbusters, “failure is always an option” in life. You’re going to crash and burn at least some of the time, and like a phoenix, you get the chance to rise from the ashes.

And so, in the spirit of parenting by showing and not telling, I present to my kids (and anyone who is mildly interested) a career that took wrong turns to get on the right path, as St. Augustine might have said. Somehow I’ve had success in spite of failure and even because of it. And no doubt one day I will dance with Yin and Yang again (but pleeeeeze, let’s hold off on the Yin dance for a while).

Reviewing the Reviewers 7: Worst. Christmas. Sweater. Ever.
1 year 1 month ago
Save the Planet, Shoot the People. Wait, What Was That?
1 year 2 months ago
Today's Bangkok Weather Report: 93 Degrees and Bloody
1 year 11 months ago
The Spirituality of Pink Floyd's Dark Side of the Moon
2 years 3 weeks ago
Reviewing the Reviewers 6: More If You Don't Know the Answer, Don't Answer
2 years 3 weeks ago