What Green Day can tell us about how to pray. (Hint: it's OK to whine.) 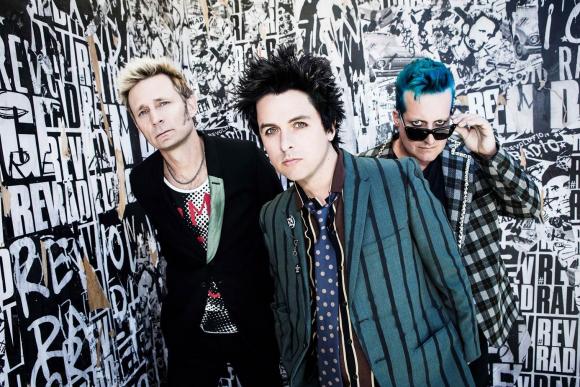 Do you have the time to listen to me whine
about nothing and everything all at once?

Nobody likes a whiner. We all know one (or more). Most of us whine once in a while. Green Day’s Basket Case lyrics could be about anyone (just check my Facebook news feed).

Whining is stunningly easy to do and we become experts by starting young. We begin our whining careers as babies and soon learn to elevate our cries to Shakespearean heights.

Psychologists at the State University of New York in New Paltz found that a child’s whining is the most frigging annoying sound ever. OK, so they didn’t say “frigging,” (that’s my interpretation of their research paper), but they did find whining was more annoying than the screech of a table saw cutting through wood, a sound that far exceeds my threshold for frigging annoying.

We peak at about the time we we begin to talk, and once we perfect the technique we never look back. Adult whining may not have the timbre of a dog that can’t get a piece of bacon dropped under a chair, but it’s close. And if we start our whining careers as babies, we start whining about our careers with our first job.

In spite of its reputation, whining has a purpose. The SUNY scientists say it’s designed to grab the caregiver's attention (mommy in the case of their study). If so, Basket Case is a cry for help.

But what if it was said as a prayer? Consider this tweak:

Hey, Lord, do you have the time to listen to me whine
about nothing and everything all at once?

The lyric as prayer continues:

… Sometimes I give myself the creeps,
Sometimes my mind plays tricks on me.
It all keeps adding up, I think I'm cracking up.
Am I just paranoid or am I just stoned?

Your sobriety mileage may vary, to be sure, but we can think of this second part in the mode of petitionary prayer. I’ll get to that in a moment, but first: does God really have the time?

He doesn’t because he lives outside of time. We understand time as change we can observe and measure -- the leaves are falling again, another year has gone by. Put numbers against that change and we call it time.

In this context I can think of myself like a string of beads: I was something last year, I am different now and I will be something else next year. I’m the same person, but not exactly the same. The chicken sandwich I ate for lunch made me physically different than I was when I woke up. I am the sum of beads on the string of my life.

Not so with God. God is complete. He isn’t like a whole string of beads, he’s like one infinite bead that never changes. He lives where there is no past and no future. God always lives in a context akin to now.

So if God lives outside of time, he has all the time in the world to listen to us whine. (I could go on about how God also transcends space and has no parts, such as ears, which means he wouldn’t find whining or table saws annoying. It also means that God can’t be like a bead, but I’ll leave that for another blog post.)

Now for the second part, that Basket Case is petitionary prayer. The lyric is essentially asking: What’s wrong with me? The protagonist goes on to describe his efforts at finding out. He asked both a psychotherapist and prostitute for help. He wasn’t satisfied with their answers.

Petitionary prayer asks God for something. If this song were a prayer, the protagonist wants to know why he acts the way he does. (I think he wants change, but I could be reading too much into the song. The song also suggests he’s suffering from mental illness.)

We can do the same. Fr. James Martin in The Jesuit Guide to Almost Everything writes that “asking for help … is probably the type of prayer with which most of us are familiar.”

We’ve all done it because we’ve all needed something badly more than once. Probably a lot more.

Petitionary prayer is a healthy thing to do. A priest I met recently told me that God doesn’t know what we need until we tell him. We can see this in the Gospels several times when Jesus asks people who grab his attention what they want. Of course Jesus knew what they wanted, and God knows what we want, too (the priest admitted it was lousy theology, even if it was good spirituality), but nonetheless our petition is part of the conversation between us and God.

It’s through our ask that faith is expressed. If we didn’t on some level have faith that God can help, we wouldn’t ask him for it. (I don’t ask a tree for directions to the restaurant because I have no faith that the tree understands me, knows what a restaurant is and can answer back.) Just asking, as in Basket Case (“am I paranoid or am I just stoned?”), expresses faith and grows our relationship with God.

So whine away in prayer about “nothing and everything all at once.” Not only does God have the time, but he wants to hear from you. Your petition is an expression of faith, and it answers a question that God asks each of us: What do you want?

EDIT: Is it really lousy theology that "God doesn’t know what we need until we tell him?" Sort of. The Catechism of the Catholic Church says this about God's awareness of our needs when we pray: "[God] knows what we need before we ask him, but he awaits our petition because the dignity of his children lies in their freedom." (CCC 2763) And of course, the Gospel tells us this: "Your Father knows what you need before you ask him." (Mt. 6:8)