The Spirituality of Mojo Nixon's Are You Drinking with Me Jesus?

When you don't find God where you think you'll find him, he has a way of showing up when and where you least expect. 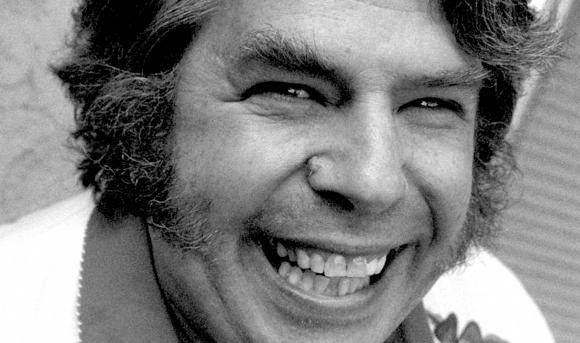 This post was going to be about finding God in unexpected places. I’m instead writing about not finding God where I expected him to be.

Are You Drinking with Me Jesus? is a novelty song (originally by Lou and Peter Berryman and covered in a modified version by Mojo Nixon and Jello Biafra, among others) about a guy who sees someone at a bar who looks like Jesus. Our hero has been through a few rounds and asks “Jesus” to grace him with the next:

The rest of the song is an irreverent goof musing on the downside of drinking too much in the unlooked-for presence of Jesus.

But looking at the lyric through the lens of spirituality, it’s about encountering God when we’re vulnerable, a theme repeated over and over in the Gospels. The most well-known example is the parable of the Prodigal Son (also known as the Forgiving Father or the Lost Son). In it the son, who had declared his father dead while the man was still alive, meets his father on the road home after wasting his inheritance:

He got up and went back to his father. While he was still a long way off, his father caught sight of him, and was filled with compassion. He ran to his son, embraced him and kissed him.

Are Your Drinking with Me Jesus echos this image. Scientists (and many jazz, rock and country lyricists, Brad Paisley most prominently among them) say that alcohol skillfully dynamites our defenses. Suffering a loss is just as effective.

We build walls and their battlements for emotional protection, but they have a nasty byproduct: they’re good at insulating us from, as Elijah described it, the “light, silent sound” of God’s presence. God’s voice is super quiet, and our hero in Are You Drinking with Me Jesus waters down his defenses with enough beer to see God nearby.

That’s normally how I see this song. But it recently became something different to me.

My dear friend and brother deacon, Mike, died recently. Mike was more than a friend, he was a mentor who helped me adjust to parish life during my first years after ordination. After his wake, as two brother deacons and I were un-vesting, we reminisced about how Mike, with over 30 years in ministry, helped each of us: he was down-to-earth, pragmatic, experienced, caring, unflappable, knew when to let things slide and was an all-around terrific guy.

The only song I had that fit was “Here Comes the Bride” because he asked me to buy it for a wedding he had witnessed. That wasn’t going to do the job. (I don’t even like the song.)

I poured bourbon into a rocks glass, skipped the rocks, and toasted Mike to a random list of songs I liked on Spotify. Some weren’t working for me, some were. Are You Drinking with Me Jesus came on:

I didn’t need bourbon to lower my defenses. My ears were primed for God’s light, silent sound. I looked around the room expecting to see Jesus drinking with me. He wasn’t. Bourbon was in my glass but I was drinking a cocktail of sadness and spiritual desolation flavored with bitters.

Spiritual desolation is a lousy place to be. The concept comes from Ignatian spirituality, which teaches us to monitor our interior movements toward and away from God. Spiritual desolation is a moment when our soul cannot perceive or find God. It’s like when your car breaks down on a country road at night and there’s no cell signal. You feel helpless, hopeless, alone and vulnerable to anyone who happens by.

I was in need of its opposite, spiritual consolation, and expected God to meet me in the moment where I was. He was, as far as I could discern, a no-show. The chorus sang: Are you drinking with me, Jesus? I can’t see you very clear. Me too.

The next day, Sunday, I had to announce Mike’s death at each mass. Parishioner reactions were what you’d expect. It was an awful scene. People were hurt and trying to make sense of what had happened. There were tears, heads shaking in disbelief. People hugged and asked, why?

I found myself in a place apart, stuck in a no-man’s land between minister and mourner. I had to keep it together, to help where I could, and yet I needed the same help. I listened for God on every frequency on the dial. All I heard was static.

That is until after the last mass when a parishioner named Angela asked me how I was doing. No one had asked me before that moment. How was I doing?

Boom. Like St. Paul’s blindness, the scales fell off my eyes and consolation came rushing in. In Ignatian terms, I “yielded to the immediate presence of God” working through Angela.

That’s how God works. As branches on his vine, he works through us. Among that work is exercising compassion. Experience compassion through another person and you find God.

Later that day and in the days after, other people checked in on me. I saw their concern was God meeting me where I was.

Was Jesus drinking with me? He was. Thanks to Angela and others like her, I saw him very clear.

[Video note: This song was covered and, if my Internet research is correct, changed by Mojo Nixon and Jello Biafra. Here's the version I know and used for this blog post:]