Out of Flu Season

What was that sound I just heard? It was Peter Jennings rolling over in his grave. 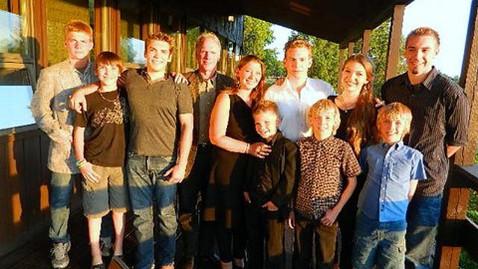 On last night's World News Tonight, Diane Sawyer's lead-in on a story about the immunity boost people get from living around animals went like this:

Half of us are sneezing and wheezing from colds and flu and the other half seem just fine, immune. Well it turns out there's a lot of research showing the best medicine for modern health could be as close as the barn. ABC News's Sharyn Alfonsi's been digging into the proof.

Members of the McDonald family (yup, McDonald) in upstate Romulus, N.Y., are shown driving a tractor, feeding animals, chopping wood and milking a cow. The lifestyle looks so darn good for you, and Alfonsi's first question to parents Peter and Shannon wasted no time finding out their secret: "Why do you think your kids are so healthy?"

I'll answer that, Sharon: Because it's August.

The kids are wearing shorts, the trees are green and the sunflowers are blooming. It's not hard to figure out why they're not sick: nobody gets the flu in the summer.

See it for yourself (the video isn't working in all browsers, here's a link to the story):

Why do I feel so ripped off? Oh, right, ABC News gave up.

The organization notoriously cut hundreds of jobs in 2010 in an effort to "undergo a fundamental transformation" of its news gathering and production efforts, according to ABC News president David Westin in a staff memo announcing 300 layoffs at the time. Among the changes: reporters were to shoot and edit their own stories, evening news and a.m. newstainment show staffs were to be combined, and freelancers were to cover long-form assignments.

The result is awful. Their news programming is littered with Internet videos. When you hear "check out this viral video" shut off your T.V. because you already saw it. At best they're doing viewers a service because the audience is so advanced in age they are unlikely to have seen that YouTube video of a dog driving a car.

That's only the beginning. They often lead the morning's news with snowflake stories, they drag in "experts" who know little about the story they're commenting on and offer only obvious comments (Brad Garrett, Christine Brennan), they report on celebrity tweets and Facebook posts without either validation or challenge, and they dress up programming (Dancing with the Stars, Miss America) and Disney property openings as news. Come on, Sam Champion. Do you have to report the weather from the maiden voyage of every Disney cruise ship?

And last night, reporting that was at best four months old was tagged as a flu story and run on World News Tonight. What was that sound I just heard -- it was Peter Jennings rolling over in his grave.